Ok. Seriously: i’m in love with this city. Yesterday was so amazing that i’m about to leave it all behind and stay here (I won’t though, yet…). There is a charm behind every activity you do and just makes you want to fell and see more than is in front of you.

Our day started visiting the Elisava university. It feels like it was made fore me to see it because it’s masters are some of which i’m looking for. It was a very academic visit, so we stayed only for about an hour. The bicycle tour we took next was what blew my mind! We did about a 2 hour ride through the city where we were being explained about the buildings and places we looked at. I got to see the Barceloneta, an intervened beach with plenty of life and movement. We also saw a Ghery structure, and most importantly; Gaudís’ casa Batlo.

Here is where my jaw dropped. Gaudi is simply a master and everyone should LIVE not just see his architecture. The bike ride was really amazing. Later on we decided to the Palacio de la Música, and even though we separated from the group, this was a hell of a good idea. To see this crystal façade and how the older building was intervened is radically impressive.

My friend and I walked back and looked for the Museo de Picasso, but when we arrived, they were starting to close… Back to the hotel and got ready to go out, because that night was just spectacular! We went to a bar called Spit Chupitos with more than 100 different shots. When we drank the last “searching for Nemo” shot, we went to another bar, and had a great time over here!

We even lost our private transport the next day… 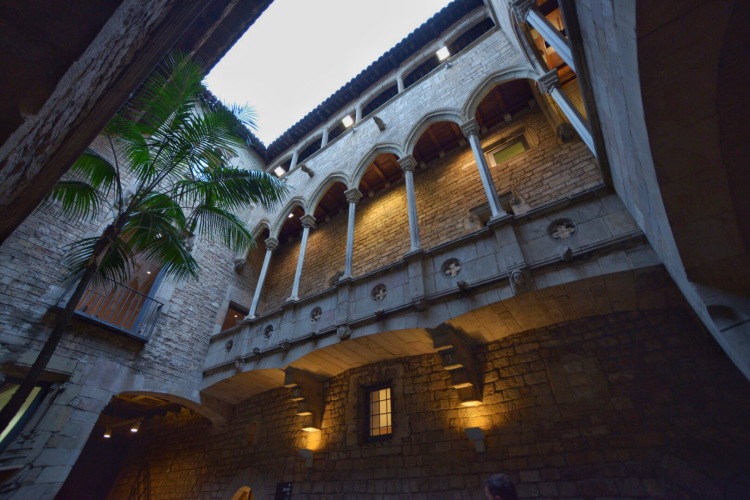 One thought on “Barcelona; i’m in love!”