4 hours in bus is not a joke. It’s tiring, boring, and many others… That’s what it took us yesterday to come from Barcelona to Valencia since 8:30 in the morning.
I had been told that the paella at Valencia so as we parked the bus and after like a half hour of evacuating my bladder, we went for the famous plate. Totally disappointed i must say. Maybe it was the restaurant at a small alley that looked local that didn’t make it like it should, but it wasn’t that good.

There was only one project we were to visit that day and it was the Ciudad de Investigación, a masterplan mostly intervened by Santiago Calatrava. 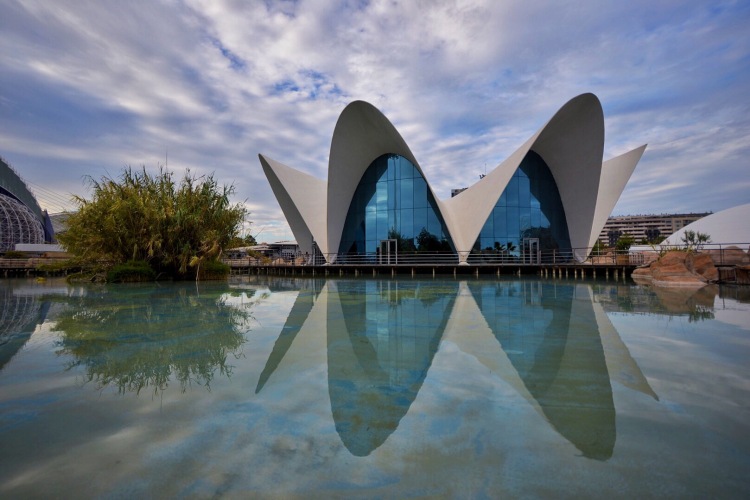 It’s one huge project, though. We went first to see an exposition here of Jimenez Deredia, and then to the aquarium. As soon as we ran through all of the parts of the aquarium and saw the dolphin show, we had a show at 9pm at the IMAX.

Really amazing to be inside that structure and living the movie.

Our day ended here, running for a bus to take us to the street near the hotel. Today we’re on our way to Madrid, our last stop in Europe.