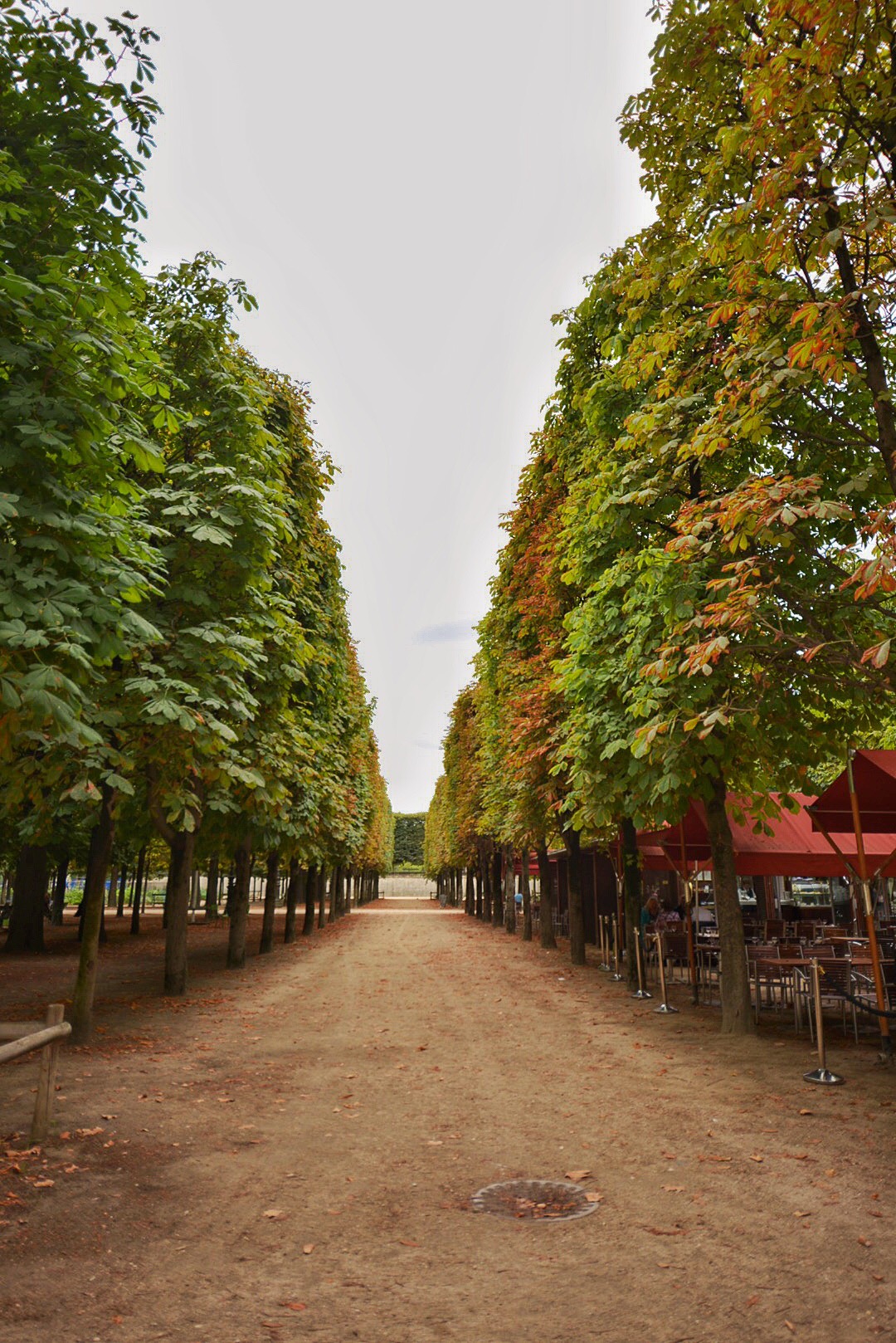 Campos Elisios before the Louvre.

Compared to the other French days, we had a cold day. And soon as we walked out of the hotel, it started raining. Obviously, because in my country the forecast is always wrong, i didn’t take a jacket with me, therefore i got wet and had to relay on a friend’s umbrella.

The first proyect we visited was the Paris Opera. Hausmann influence, obviously, but the restaurant had some pretty organic designs in it’s interior. We didn’t see the Opera from inside because it wasn’t open, so we headed to the Arco del Triunfo. The rain wasn’t something to worry about anymore, but the day was still pretty gray. Admiring that amazing structure is a must. My friends said that the view from above the Arch is just amazing, but i didn’t go up because i thought there was no time.

The last project we visited was one that i had been more excited to see since the beginning; The Louvre.

Once you are there you understand how great this project is and how great of a construction it became. The glass pyramid in front of the building you see at first is just 3% of the whole project below and that just blows your mind once you enter. I loved the natural illumination that is absorbed by the space below, and even if there is a great ton of people you don’t really feel it. Also, another amazing fact about this place, is how it was built. The structure below is obviously newer than the one above, and i just can’t comprehend how these architects did not touch the structure and how the vibration of the construction didn’t affect the things above.

We only entered to look at the Mona Lisa and the Venus. It is said that if you look at every piece of art in this museum for 1 minute nonstop, it will take you 5 months to see them all.

We were free to go and see what we wanted from here so i opted for three places recommended by my girlfriend; The Amelie café (the movie, actually called Cafè des deux Moulins), The Moulin Rouge, and Café de Flore. The first two you might know, the third is the café where Picasso, Hemmingway, Jean Paul-Satre, and other known artists went for a coffee.

All of them were really nice, though the third was really crowded and it wasn’t as i expected. We stayed there and admired the place for some time but had to be at 8 sharp below the Eiffel cause we had to go to a boat tour in the Sienna river.

This is how we said goodbye to this amazing place, and probably if i had any negative feelinga about Paris, this boat ride changed averything. We saw the Eiffel scintillate as the boat got to the shore and some of us just couldn’t contain the tears of the amazing feeling of what we were seeing.

At last we drank a beer in a small artisan spot and talked until late, where we got the metro and went back to the hotel. This was the last of Paris.